Pinay in hot water after peeing in men's washroom in Singapore 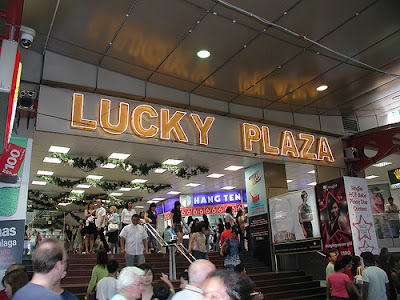 A Filipina  found herself in hot water after allegedly barging into a men's washroom in Singapore, Malaysian news site The Star reported.


The 38-year-old Filipina entered the toilet, located on the first floor of Singapore's Lucky Plaza at about 1pm on Sunday. She reportedly was forced to use the men's room because of the long queue at the ladies' room.


The report said five men were shocked upon the Pinay's entry, "some of whom quickly zipped up and left."


Security officers were alerted and they brought her out of the washroom.


The report however did not say if the Pinay will face penalties.